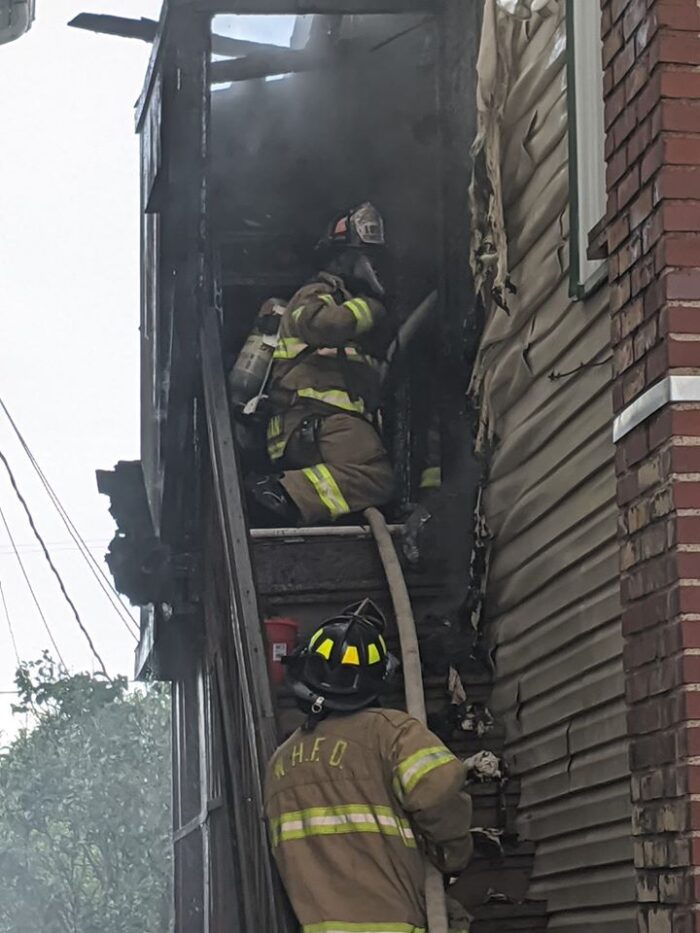 Around 6:45pm West Hazleton Police got a walk-in reporting a fire at 117 East Broad Street in West Hazleton. Luzerne County Communications Center was reviving multiple calls at the same time for a fire at the residence.

Engine 2 hit the street upon dispatch and arrived to find a 2 1/2 story duplex with heavy fire on the D side of the building leading to the second floor apartment. Crews stretched an attack line to the apartment.

Truck 1 took placement behind Engine 2 and did a primary search. Engine 1 hit a hydrant and secured a second water supply if needed.

City crews arrived and Truck 1 took the address. City crews along with additional crews from the second alarm assisted in fire suppression.

Due to an exposure issue and hot weather conditions a second alarm was requested which brought units from Hazleton, Hazle Township, McAdoo, Sugarloaf, and Valley Regional.

The State Police Fire Marshal conducted an investigation with the West Hazleton Fire Department and Police Department. The fire appears to be electrical in nature.

The West Hazleton Fire Department would like to thank the community for their support and donations of water and ice during the fire. Fire crews were met with oppressive temperatures when the fire broke out. The forecast temperature at the time the fire broke out was 91 degrees.