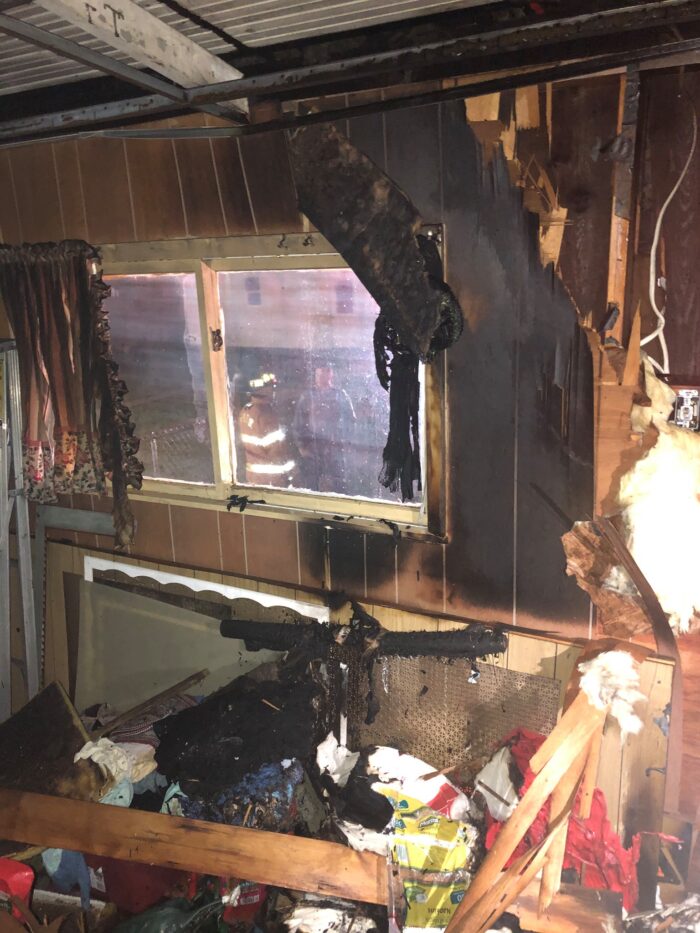 Structure Fire Results in Three Injuries, Two Transported to Local Hospital On Tuesday October 6th, 2020 at 6:41pm 183 Station and Medic 11 were dispatched to 118 East Green Street in West Hazleton for a reported structure fire. Luzerne County Communications Center quickly advised responding units that there were multiple reports of an explosion and then a working fire. Crews arrived on scene to find the single residential dwelling with fire to the rear. Crews used one line to extinguish the fire as other crews searched the building. No one was located in the building and the fire was quickly extinguished within twenty minutes holding the fire to the rear porch. The rest of the dwelling suffered heavy smoke damage. Three people including a male working on the home at the time suffered injuries. The homeowner suffered burns to his hands, a head injury, and smoke inhalation as a result of attempting to extinguish the fire. Two other neighbors suffered smoke inhalation from attempting to help the homeowner. The homeowner and one neighbor were transported to Lehigh Valley Hospital Hazleton by Medic 11. Sugarloaf Ambulance responded and stood-by on scene. West Hazleton Police Department along with the Pennsylvania State Police Fire Marshal conducted a cause investigation and determined it to be accidental in nature. The West Hazleton Fire Company would like to thank the Greater Hazleton Ambulance and neighbors for their donations of water to the firefighters battling the blaze. The condition of both victims is unknown at this time.