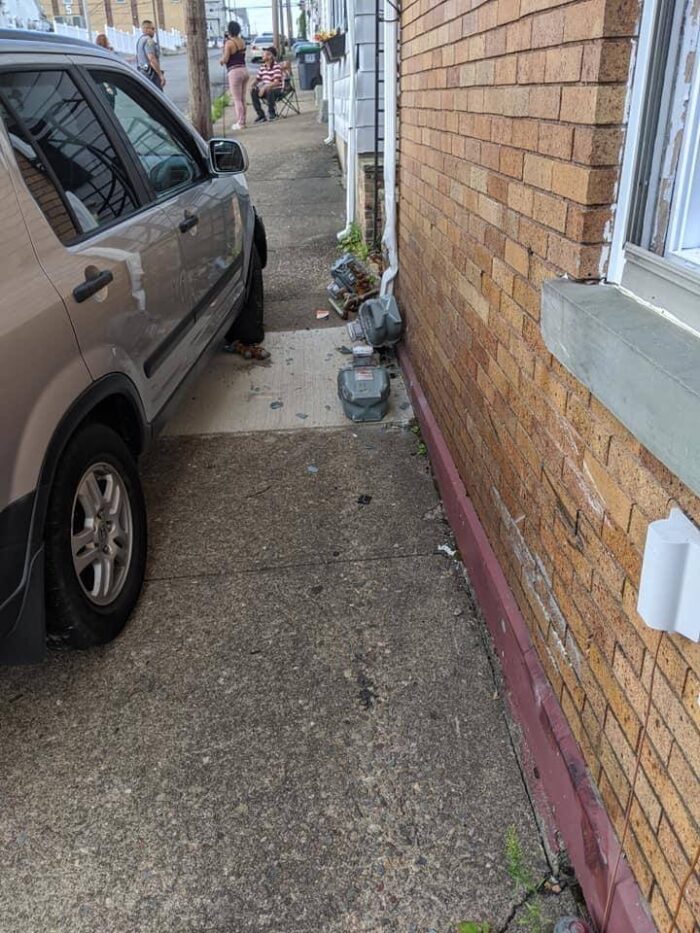 On Thursday August 13th at 1656 hours 183 Station and Medic 11 were dispatched to the rear of 135 West Cranberry Avenue in West Hazleton for a vehicle vs. house accident with a major gas leak. Engine 2 arrived and found a SUV that sheared off three (3) gas meters. Engine 2 secured its own water supply and set up a blitzfire line for vapor dispersion.

Engine 1 arrived and secured a second water supply if needed. Truck 1 arrived and crews evacuated nearby residents as UGI was requested. Fire Police shut down traffic in the area. Once UGI arrived the gas was shut off and crews metered the houses in the area to check for any remaining gas. No readings were found and residents were allowed back inside.

As always we remind the public, when there is fire hose in the street please do not attempt to drive over it, while Engine 1 was laying its supply line from the hydrant to the scene there was quite a few close calls due to drivers not paying attention. When approaching an emergency scene or emergency vehicle please pay attention and listen to directions given by Firefighters, Fire Police, or Police Officers.