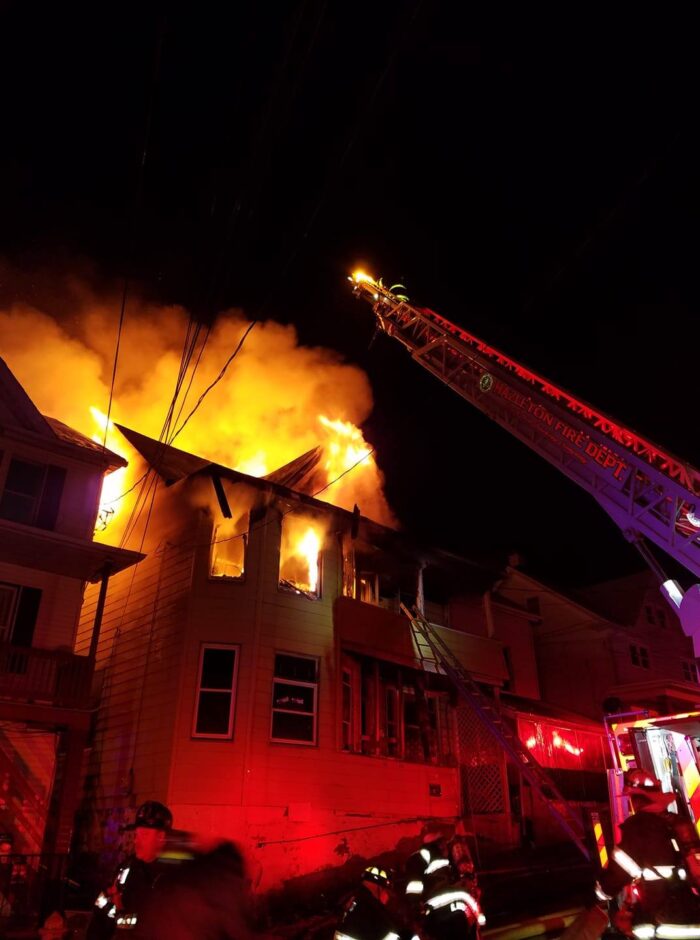 This morning at 2:43am 183 Station was dispatched for Fire Police to respond to 564 Seybert Street in Hazleton to assist Hazleton Fire Department with a working structure fire. Fire Police responded and assisted on scene. 183 Station was then placed on auto dispatch by Hazleton City Chief for all calls in Hazleton City. Crews stood-by at station for several hours with Engine 2 and the Ladder staffed until released by Hazleton City Chief. A huge thank you goes out to all 183 members for responding to either the station to staff apparatus or to the scene to assist Fire Police with traffic control. Photo credit to Tim Mumie