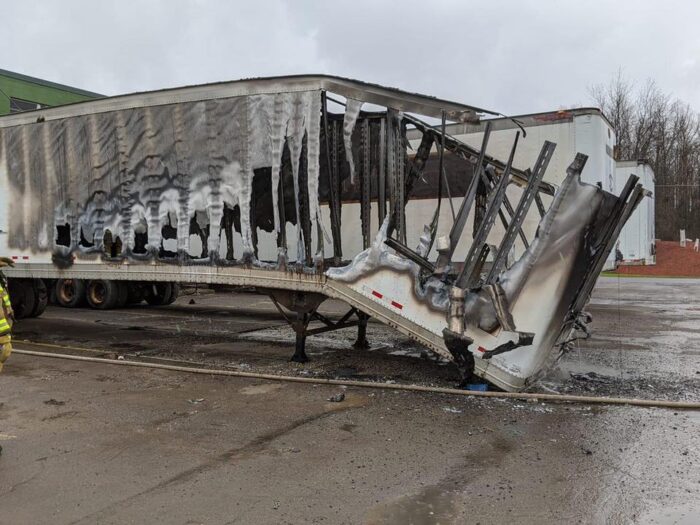 Around 11:30am 183 Station and Medic 11 were dispatched to 225 Jaycee Drive in West Hazleton for a reported vehicle fire. Engine 2 hit the street and was advised of a trailer on fire in the loading dock of the building. Chief 4 could see a column while responding and requested a working fire dispatch bringing an additional Engine and Truck from the 183 House, to the scene. Engine 2 arrived and crews found a well involved trailer fire with exposure issues. Engine 2 stretched a line to knock down the fire. Engine 1 hit a hydrant in front of the business on Jaycee Drive and laid into the scene while 183 Truck took assignment in front of the building. Crews quickly knocked down the fire and ensured there was no extension into the building. Crews conducted overhaul and with assistance from the building employees were able to pull the trailer away from the building with an excavator. All crews cleaned up and the box was placed back in service after approximately an hour on scene. Pennsylvania State Police were on scene as well.